It started when 33-year old former Super Eagles forward Chinedu Obasi on Instagram Live revealed he was very heartbroken to have missed the 2014 World Cup in Brazil. He claimed he lost his spot in the final selection because he refused to pay a bribe. He had expected to have been selected based on his form at Schalke 04 in the German Bundesliga in the 2013/14 season. END_OF_DOCUMENT_TOKEN_TO_BE_REPLACED

Getting expelled from the qualifying stages and having the head coach of the national side suffering from a car accident are a few of the things that the Zimbabwe team has recently been experiencing which shows just how much obstacles they have faced in the past few months. 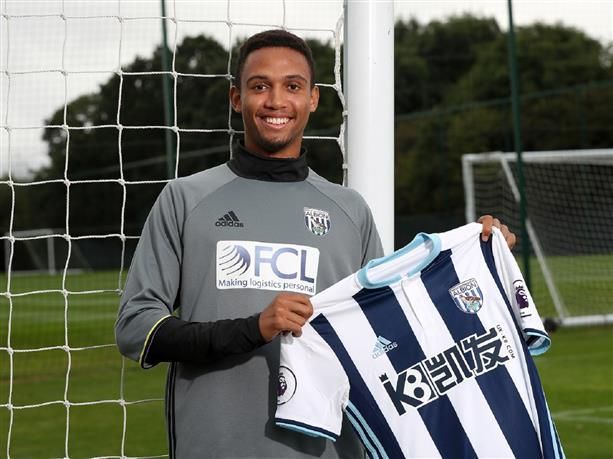 During the 2017 Africa Cup of Nations, Zimbabwe failed to secure a single victory in the group stages after losing to Tunisia and Senegal while only being able to draw with Algeria which was their only point in the entire group stages.

“We are ready. We know what it takes to be there, and we know our opponents and the importance of this tournament. We know what we want to achieve and the stakes. We are focused as a team and as a country. I think we are ready to leave a mark.” This was the statement released by the captain of the Zimbabwe national side, Willard Katsande.

Zimbabwe has traditionally struggled trying to make it past the group stages and it was not any different this time around. END_OF_DOCUMENT_TOKEN_TO_BE_REPLACED

When Ovidy Karuru steps onto the pitch to represent Zimbabwe in the Round of 4 clash of the COSAFA Cup versus Lesotho tomorrow, he will have the opportunity of becoming the competition’s high scorer for his country.

Currently Karuru is one strike behind Peter Ndlovu who has a total of 7 goals to his name in the COSAFA Cup.

But, the noticeable difference between the stats of the two players is that Ndlovu didn’t collect all his goals in one single edition of the competition. He featured in the competition thrice. Karuru, on the other hand, has found the net 6 times in one edition itself and if he continues his form, he is more than likely to go past his senior during this very edition. END_OF_DOCUMENT_TOKEN_TO_BE_REPLACED

From there on out, the Ivorian player has turned into a consistent starter and rumors have been emerging claiming that he is about to sign a 1 year contract extension with the Premier League club. END_OF_DOCUMENT_TOKEN_TO_BE_REPLACED

Zimbabwe Football Association (FA) chair Philip Chiyangwa has threatened to sue the president and secretary general of Africa’s football body Confederation of African Football (CAF), according to reports in Africa.

Chiyangwa received warnings from the continental football agency not to host a party in Harare as he proposed to. CAF claimed the gathering is an attempt to rattle the body but Chiyangwa went on to do so.

“They shouldn’t dare me with silly innuendos – making nefarious allegations. My legal team is preparing to go into battle against President Issa Hayatou and Secretary General Hicham El Amrani. If necessary following any deliberations that are prejudicial to my interests and standing, I will be taking legal recourse to the extent that Hayatou and El Amrani will be held personally liable for defamation,” a statement credited to the COSAFA chief reads.

The Executive Committee of CAF is set to convene in Ethiopia on March 14, two days before the presidential election where Hayatou would compete against Ahmad, the head of Madagascar’s FA. Chiyangwa is the campaign manager of Hayatou’s sole competition to unseat him in CAF, hence the altercations.

Hayatou has been the president of CAF since 1988 – making him the longest-serving CAF president. He is campaigning to remain in office amidst record level of dissatisfaction of his rule and long term. END_OF_DOCUMENT_TOKEN_TO_BE_REPLACED

For the third time since the history of the competition, Zimbabwe would be returning to the African Cup of Nations (AFCON) with the hope of shrugging of their minnows tag and making it to the top of the competition in 2017.

According to a statement published by cafonline.com which is the website of the African Football Confederation (CAF), the team is hoping to get better in this competition having failed in 2004 and 2006 to make it beyond the group stages of the tournament.

In terms of cumulative TV audience, the prestigious AFCON competition which is organized among African countries, is the third world football competition. It ranks only behind the FIFA World Cup and the European Nations Championship.

The 2017 edition of the event is sponsored by Total and hosted by Gabon. 16 strong teams will be competing for honours in this edition of the biennial championship. Zimbabwe have been placed in Group B with three other top countries which are Senegal, Tunisia and Algeria, all North African countries. END_OF_DOCUMENT_TOKEN_TO_BE_REPLACED

CallistoPasuwa is widely expected to reveal the players who will be a part of the Zimbabwe national team at the 2017 Nations Cup finals.

Most of the squad which is expected to be in the mind of the manager will be revealed through his team’s for the upcoming friendly games against Zambia and Tanzania. Both these are high-profile friendly games for the Zimbabwe national team and doing well is of major priority if the team is to maintain their confidence going into the finals. Zimbabwe have suffered only one defeat in the last six matches of all competitions, but it came in a away match against Guinea.

The upcoming friendlies against Zambia and Tanzania are the final games for the Zimbabwe national team before they take part in the finals. Zimbabwe have been grouped alongside Algeria, Senegal, and Tunisia at the 2017 African Cup of Nations. The National Sports stadium will be hosting both the matches, and it will be a great test for Zimbabwe considering that Zambia are part of the World Cup 2018 qualification chasing teams from Africa. END_OF_DOCUMENT_TOKEN_TO_BE_REPLACED

Stanley “Samora” Chirambadare of Revival Academy boys opines that football in the country should be run by footballers, not just any administrator.

He was leading a group of young players through their paces at Mufakose High in Harare. Having played at top professional level at Dynamos as a defender, Chirambadare says his dream is to develop football in the Mufakose community.

“When these kids reduce the levels of poverty in this community by playing football, I will be a happy man. There is money in football. If two or three kids can make it big in football, everybody else will learn that this is the right way to go,” Chirambadare said. Chirambadare says his focus is to develop football by exporting the mind of the young players. Chirambadare started the academy back in 2009, but has over 60 young footballers under his care. He is brothers with former Dynamos player Ernest Chirambadare.

“Football is for footballers, it’s not for supporters. Supporters can never run football. It will never work, it’s treasonous to put somebody who is not qualified in charge of things,” Chirambadare said. The 53-year old retired player claimed he is a fighter who has always stood for what he believed in. He used the president of Dynamos Kenny Mubaiwa as an example. He said the president was under pressure as he disregarded junior football, buying players season after season, without real development of football.
END_OF_DOCUMENT_TOKEN_TO_BE_REPLACED

Mamelodi Sundowns coach PitsoMosimane says that Zimbabwe are one of the potential candidates to win the only 2017 African Cup of Nations.

The tournament will be held in Gabon this time around. After having recently experienced new winners like Algeria take the mantle, it seems that the African Cup of Nations is gearing for more newcomers to lift the title. The national team has enjoyed a resurgence of sorts in recent months under the management ofCallistoPasuwa. He came to the job only in April 2015, but the team has now suffered only one defeat in the last nine games of all competitions.

Furthermore, they have managed to qualify for the African Cup of Nations with a game to spare. A 3-0 win over Malawi ensured that the national team can build on the good work done in recent months. The team finished top of the group with a three-point advantage over second placed Swaziland. Zimbabwe will be appearing at the African Cup of Nations after an extended absence. Their last appearance in this tournament came in 2006, while they have made only one other appearance – in 2004. Despite their limited experience when it comes to this major trophy, Zimbabwe will be able to make an impact only because of their recent form according toMosimane. END_OF_DOCUMENT_TOKEN_TO_BE_REPLACED

The Zimbabwe Football Federation has canceled three top division football matches because of security reasons. Indeed the games between Highlanders and Triangle, Tsholotsho Pirates and Mutare City and Hwange and Bulawayo City have been canceled after consultation with the police.

There are fears that protests against Robert Mugabe might take place, but there has been no confirmation so far. The Zimbabwe football federation does not want to take any risk and has therefore canceled these matches.

However, the game between FC Platinum and Caps United will go on as previously scheduled. This will be an important game as far as the title is concerned. Indeed it will be second against third, and the match will definitely attract a great crowd. Both teams have enormous support, and we should expect a great atmosphere for such an important game.

At the moment Zimbabwe fans are also interested in the Euro 2016 tournament in France. Indeed many fans like to bet on these games and will be following the tournament with great interest. However, there are many Zimbabweans who had made losses in the Euro 2016 bets as outsiders had managed to snatch victory when they were expected to lose. Indeed, teams such as Wales, Iceland as well as Hungary have been producing unexpected results in France, and this has resulted in massive losses for punters. END_OF_DOCUMENT_TOKEN_TO_BE_REPLACED